No doubt the historic but intensive Apostolic Visit of Pope Francis to the World Meeting of Families 2018 in Ireland was a success. But a perusal of the media reporting and social media coverage since Pope Francis has returned to Rome highlights criticism by Archbishop Vigano as well as a sharp focus on how effective the universal Church is in its management of child safeguarding.

While it is an imperative that the truth comes out on these important matters, specifically in relation to Archbishop Vigano, I cannot help but believe that the Holy Father is being subjected to a tactical attack by some in clerical leadership roles in the Church. I feel that they simply don’t like him, and indeed have been critical of him since his first day as pope.

In the Gospel according to Matthew, at the Last Supper, Jesus turns to the disciples and prophesies that the “Shepherd will be struck, and the sheep will be scattered.” (Matt 26:31) In the second chapter of Matthew’s gospel, Herod learned of the birth of Jesus and wanted to kill him (Matt 2:13). Almost from the beginning of his public ministry, the established faith leaders didn’t like what Jesus stood for. They didn’t like Him eating with sinners, and they were critical of His association with lepers and tax collectors. They resented that He met people on the periphery and that He crossed borders to reach out to the poor. They watched for every opportunity to condemn Him when He ministered on the sabbath. It made them angry when Jesus called them out for their hypocrisy. In a word, Jesus was brave.

When Jesus was condemned to death, Pilate didn’t know Him. The Romans in charge of the scourging and the execution didn’t know Him. The soldiers who drove the nails into His hands and feet didn’t know Him. The Pharisees and the Scribes who were supposed know the scriptures should have known Him. Jesus’ disciples who abandoned him, and they certainly should have known Him. At least they came back, and they repented because of the prayer of Christ. “Simon, Simon, Satan has got his wish that he sift you all like wheat, but I have prayed for you, Simon, and after you have recovered, you in turn must strengthen your brothers” (Luke 22: 31-32).

The very ones who are criticising Pope Francis are supposed to be shepherds, wouldn’t you think they should know him? Instead of showing a leadership of service, it seems to me that some ministers in the Church would prefer to see the back of Pope Francis and this is very sad.

There are some in ministry who feel Pope Francis is too liberal, dispensing with many of the exterior trappings of the papacy like living modestly, wearing a simpler cassock and sash, and wearing simpler vestments. Others feel he is still too conservative and should speak up in support of the prevailing culture of the world more, especially in the west.

While it is critical that the truth fully comes out, because the truth will set us free, it is very sad that some attack the Holy Father in public and chip away at his mission of service to the Church.

I get consolation from remembering the vast multitudes of ‘God’s holy and faithful people’ (as Francis likes to call them) gathering at the faith enriching Festival of Families in Croke Park last Saturday evening, and at the wonderful Papal Mass last Sunday. The people came to see the Holy Father from the four corners of the world – and our country - in the wind and rain, to hear in his words and see in his example, his desire, to bring people closer to Jesus Christ. In the words of the gospel for the Mass, “Lord, to whom shall we go, you have the message of eternal life, and we have come to know that you are the Holy One of God” (John 6:68).

The vision of Pope Francis comes from the life Saint Francis of Assisi when he kneels in prayer before the cross in the little ruined chapel of San Damiano. Francis hears the voice of Jesus which says “Francis, go repair my Church which as you can see is falling completely into ruin.” At first, Francis begs for bricks and mortar to literally build up that ruined chapel. Later, with the help of the poor and marginalised, and with the help of the other brothers who came to join him, he discovers that Jesus means upbuilding the Church not with bricks and mortar but person by person and by embracing the best parts.

Franciscans don’t destroy, they repair. This is the vision of Pope Francis too, and his vision contains time, and care, and prayer. Let us act on his request to us on that special day in August when he visited the Capuchin Day Centre in Dublin city centre. Before giving his Apostolic blessing to all present has said: “Thank you for trusting us. Pray for the Capuchins, pray for priests, pray for bishops and pray for the Church.”
Posted by Bryan Shortall at Friday, August 31, 2018 7 comments: 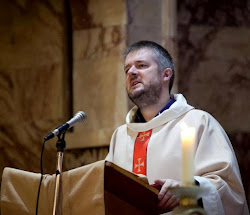 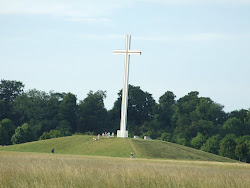 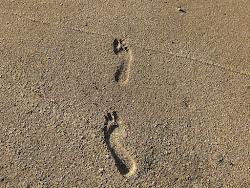 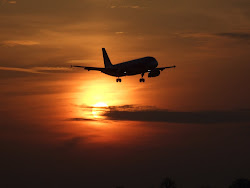